A hungry man ran into a restaurant and ordered one burger. He swallowed the burger into his belly but still felt very hungry. So he ordered another one. He ate the second one quickly and felt something stuffed inside his belly. However, the man continued to order the third one. This time he ate the burger slowly and enjoyed the taste of it. Eventually, he got his stomach full and found a feeling of having a dinner. Then a waitress came, stood in front of him, and put a bill on his table. After seeing the bill, the belly-stuffed hungry man immediately jumped into anger and complained there was one bad burger and he would refuse to pay it.
“Sir, what’s the problem of that bad burger?” the waitress asked carefully.
“Lady, my belly was not satisfied with it.”
“Why?”
“I ate that burger but my stomach cannot feel it!”
“Which burger is it?”
“Lady, it is the first one. ”
Wong Chin Foo is a pioneer of non-violent civil right advocates. Many people do not know this name just like the hungry man did not feel the first burger. Gandhi found Natal Indian Congress in 1894 and Wong Chin Foo found the Chinese American voters association in 1884. Both of them fight against racial discrimination non-violently only Wong Chin Foo was ten years earlier. Martin Luther King gave “I have a dream” speech in 1963 and Wong Chin Foo wrote “ Appeal to the People of United States for Equality and Manhood” in 1892. Both of them appealed for equality regardless of race and skin color only Wang Chin Foo was 71 years earlier. We should remember Gandhi and Martin Luther King as well as Wong Chin Foo just as the hungry man should pay for all three burgers.
Wong Chin Foo was born in China in 1851. When he was 17, he went to America in 1868 as a student. Two years later, he went back to China and organized grass root association, fighting abuse of opium. Qing government banned his activities, and offer 1,500 taels of silver for his head. He was forced to exile out of China. in 1873, he went to America again and he was naturalized as an American citizen on 1874.
Facing growing anti-Chinese racism in 1870’s America, Wong Chin Foo gave speeches everywhere and write articles to explain Chinese culture, fighting the prejudices against the Chinese. After America passed “Chinese Exclusion Act” in 1882, Wong Chin Foo founded a weekly newspaper Chinese American the next year and organized first Chinese American voters association in 1884, advocating equal justice under law, the principle “Chinese Exclusion Act” violated.
In 1892, America passed the Geary Act. Geary Act required all Chinese residents of the United States to carry a resident permit, the same internal passport system Indians subjected to in South Africa at that time. Wong Chin Foo fought against this institutionalized discrimination by organizing The Chinese Equal Rights League of America in 1892, just as Gandhi organized Natal Indian Congress in 1894. The certificates of the members of The Chinese Equal Rights League of America printed: “ We ask and demand for an equal franchise for the Americanized Chinese of the United States”. What they demanded was the voting right protected by the Fifteenth Amendment rectified in 1870. The Fifteenth Amendment forbids the denial of voting right based on race and color. Wong Chin Foo’s activities were non-violent civil right movement affirming the Constitution.
For a quarter of a century, Wong Chin Foo was a non-violent civil rights activist pursuing the rule of law under the constitution and against racism. Gandhi led India into independent, and Martin Luther King got African American equal rights, but Wong Chin Foo passed away before the Chinese Exclusion Act was repelled in 1943. As a result, people forget the pioneer civil right activist just as the hungry man could not feel the first burger. While we remember Gandhi and Martin Luther King, we should not forget Wong Chin Foo. We should commemorate Wong Chin Foo just as the hungry man should pay the first burger. 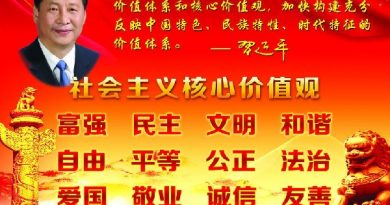 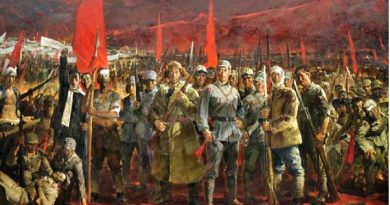