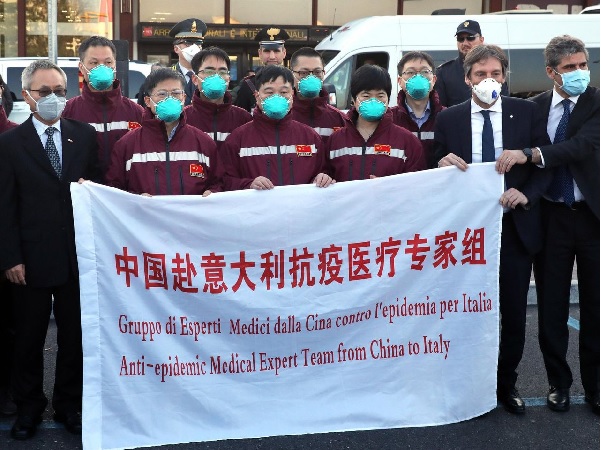 In western political science, citizens are supposed to take care of themselves. It is designed by western democracy and freedom. The government should not interfere with the life of citizens. Citizens should not ask  government for help. As JFK said, don’t ask what the country can do for you, ask what you can do for the country. In other words, citizens should not expect their government to handle the pandemic. Citizens themselves should prevent coronavirus infection.

But this is democracy in theory. In practice, the government does take care of its citizens in Europe, as Europe is famous for its welfare society. The government takes care of health, education, the elderly, children and etc. However, the United States is so fanatical about civil liberties that it believes that government is a necessary evil. Therefore, American politics is to build a government as small as possible. The US government is very big in terms of military and police. It is small only when it needs to serve the people, such as protecting its citizens from virus infection.

The second outbreak could be completely avoided if it was getting controlled shortly after the first outbreak, just as China did successfully.

China diagnosed coronavirus cases first and soon provided WHO with DNA sequence of the coronavirus. As a result, the world is equipped with the knowledge of the virus and is capable of preventing the second wave of coronavirus.

WHO originated in Europe especially for the cooperation for such worldwide health problems, and was established before the UN. China has been cooperating with WHO from the very beginning. WHO sent an expert team, led by Canadian expert Bruce Aylward to Beijing and witnessed the whole process of how China handled the coronavirus. China did it successfully. If Europe just lernt the lesson from China, then Europe could avoid the second wave just as China did. China offered help and sent experts and equipment to Italy to fight the outbreak.

When China had the outbreak, the world offered help and China accepted it. When Europe had the outbreak, China also helped. That’s how WHO should work. But soon, Europe could not accept China’s help and worried about its impact . Mainstream media had commented, accusing China of providing “aggressive diplomacy” help. Europe had to reject China’s influence even it was good in intent and outcome. Western media cannot accept the goodwill of China. The West wants to repeat the 1900 history of Boxer Reparation. The West wants China to pay for the pandemic and not give it a good reputation connected to the pandemic.

Europe wants to be influenced by the United States. So it tries to distance itself from China. Europe can not accept China’s help because it is a security issue and doubt that China’s help has a geopolitical agenda.

Europe has more public health facilities than China does. In terms of welfare, from the perspective of many Chinese immigrants or tourists, Europe is more socialist than China. If Europe simply copied what China had done, then Europe would not have a second wave of coronavirus . But unfortunately Europe can not do so, they considere it the influence of China. So Europe is pushing China out of cooperation. Under the influence of the United States, Europe does not even trust its own WHO, which is positive about how China handles coronavirus.

There is even no promotion of cooperation with China and WHO, and there are even voices condemning China’s measures as autocratic and evil. Once the pandemic has been geopoliticized, there is no scientific or scientific way to deal with it. It has only one democratic or autocratic way to deal with the pandemic. Once the pandemic is politicized, democracy and constitutional rights are more important than masks. Therefore, Western governments can not successfully control the virus. Whenever a scientific policy is introduced, it always violates the civil rights of citizens.

The authority of WHO has been questioned. Europeans are skeptical about government measures in handling the virus. Finding the best way to fight the coronavirus is not easy. It is almost impossible to find an alternative to successfully fight with coronavirus.

In short, there is a second wave of conavirus in Europe because it is influenced by the United States, which is trying to strike China in every way at every opportunity. The United States can not tolerate any good image of China, so Europe can not be allowed to accept China’s help. The pandemic has become the geopolitical weapon of the United States against China, which is ironic.

There is a second wave of conavirus in Europe  because Europe follows the United States, considers China as an enemy, and takes coronavirus an opportunity to fight against China. 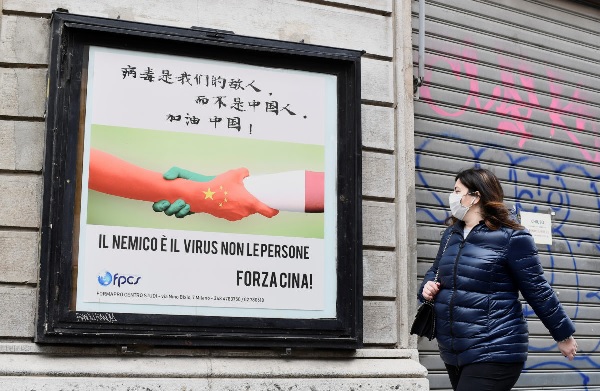 coronavirus is politicized. When it becomes a geopolitical interest and counterproductive tool, it is fatal, lethal and catastrophic.

In Europe, there are many scientifically proven ways to deal with the virus. These methods can not be used because these methods have been demonized when the media demonize China. In order to end the second wave of coronavirus, Europe must restore China’s good image in public opinion, otherwise the scientific proof method is of no use. 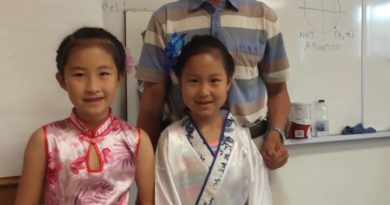 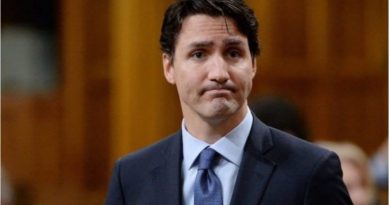 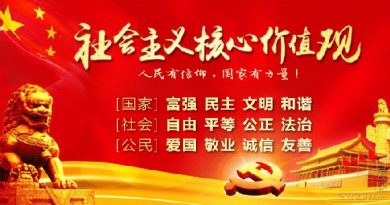